The story of a faucet. [2min. reading time]

This is a story that shows how small things matter… Imagine a faucet at your home… Would you leave it running? Our experience says that people don’t do it! To the point where we can’t even fall asleep when we hear water dripping from the bathroom faucet. We need to make sure it’s closed – period.

Why is that? It’s not the sound of the dripping that keeps us awake, since we can sleep perfectly fine when it’s raining outside. Even though that implies that quite a few faucets are running at the same time in order to create the same sound effect… jokes apart, after some thorough questioning it appears to be the feeling of spillage keeping us awake. That one annoying drip apparently is enough to make people get out of bed. And this is in stark contrast to the way we deal with our energy use. 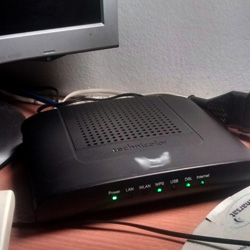 But, of course, it doesn’t end there. The cost of 1 Watt continuous usage for a year amounts to approximately €2. Most people don’t even think twice about leaving ON their Wi-Fi router throughout the year. Assuming it’s a 12 Watt usage, that’s the equivalent of 10 dripping faucets. Moreover, the CO2 emission of the router (± 440 g CO2 / kWh) is about 82 times bigger than the faucet’s (± 0,36 g CO2 / litre water). This is a significant difference, but it even gets bigger.

The minimum electricity usage (or baseload) of an average Dutch family is approximately 150 Watts. This use is often invisible – it’s the TV on standby, the computer in hibernation mode, the alarm clock on your bedside table, the central heating unit. But it’s the little things that often matter most. Those 150 Watts are responsible for €300 annually that people waste while they sleep. We would have to let 127 faucets drip to reach that amount. Furthermore, we would need an impressive 1,020 faucets to match the CO2 emission.

Bear in mind, this is only one household – of which there are approximately 7,7 million in the Netherlands. This means that this careless energy waste costs society nearly €2,3 billion every year, and negatively impacts the environment because of the extra 4,4 megatons of CO2… It’s pretty impressive, isn’t it?

So next time that you’ll think “I am not gonna do it” since the world is not going to be destroyed because of your leaking faucet, Wi-Fi router kept ON when you’re not home, standby tv, etc, just think it twice. The fact you are thinking about it, means you know you are doing something that you feel you shouldn’t. Small things do matter.

Dora Kallipolitou
Find out more about the Habits team here