What do the poorer communities know that the wealthy ones don’t?

They know how to maximize value. It was not long ago that many shops in our neighborhoods were offering repair services, isn’t true? Currently you don’t see them so much.
If something breaks, people usually buy a new one, they don’t bother fixing it any more. What has happened? Why did this habit of repairing and using products as long as they serve our needs start disappearing? How did it become “OK” or even “cool” to throw away stuff and create trash? Is it because it’s cheaper? I would argue “No”. And here’s why:

Circular Economy is not a new concept. It’s an element of all admirable civilizations of the past and the present. Common examples are ancient Rome and Greece recycling their buildings or Japan circulating metals and products. It is profitable, smart and, in general, it simply makes sense. However nowadays, the societies that seem to get it (even if they don’t necessarily know this is called “circular economy”) are mostly the poorer ones. The Indian government for instance, is taking poor people’s habits as an example in order to establish policies that will enhance repair and reuse of products and materials[1] It  helps them to avoid waste of energy and resources, while maximizing profits of investments related to a products’ creation. Sweden has already kicked off similar policies, giving tax breaks for repair activities [2].

Now, do you want to understand how exactly do you avoid waste and maximize profits with Circular Economy? The butterfly diagram will give you an idea. 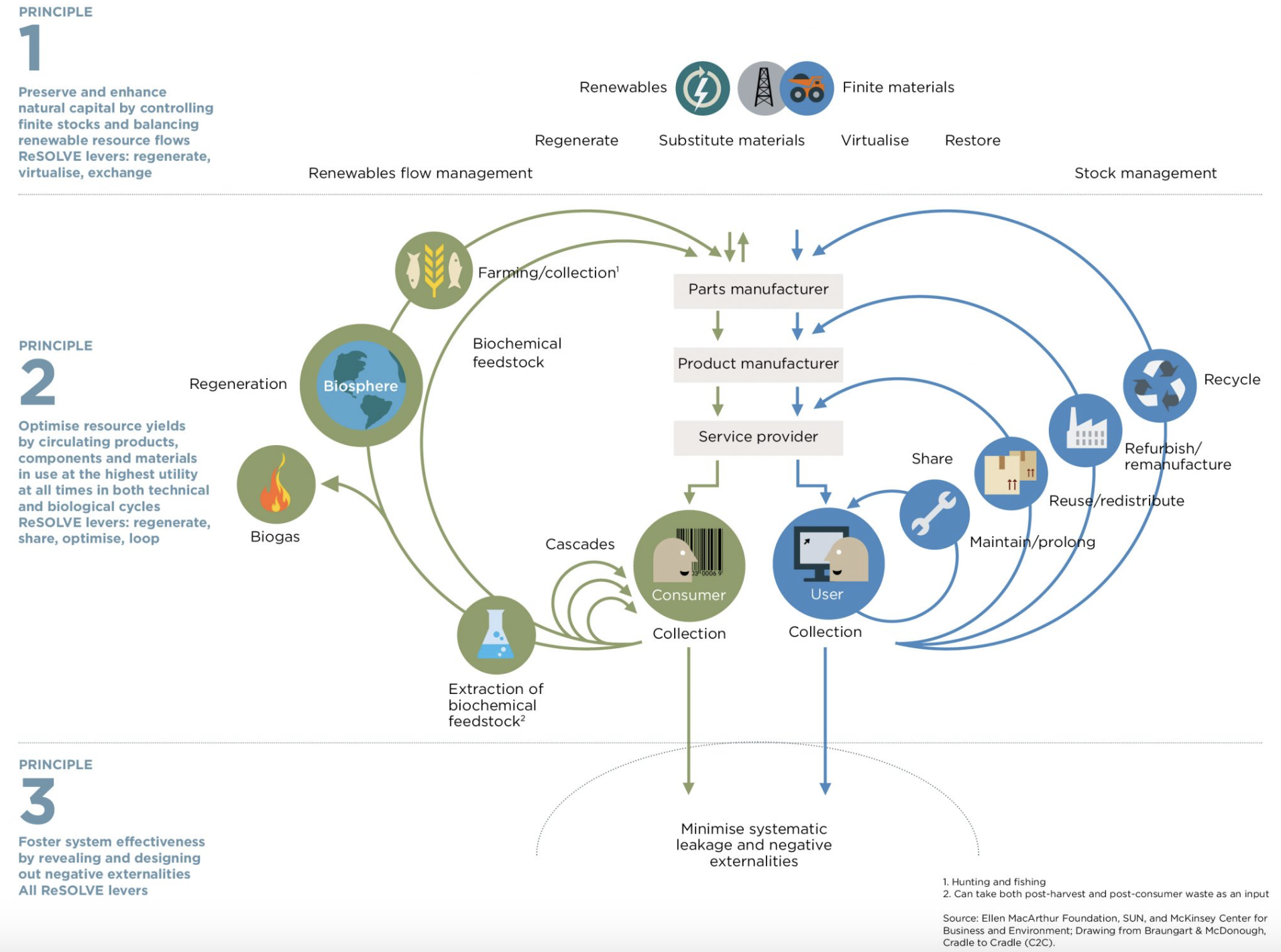 Watch this video to get a better understanding of the not-so-hidden opportunity.

For more articles and material (depending on your area of interest), keep on following us or take a look at Ellen MacArthur Foundation website here. As far as the companies who are already embracing the concept of circular economy is concerned, we will continue to keep you posted, so that you can recognize them and perhaps reward them by becoming their partner or their customer or their member.

Dora Kallipolitou
Find out more about the Habits team here